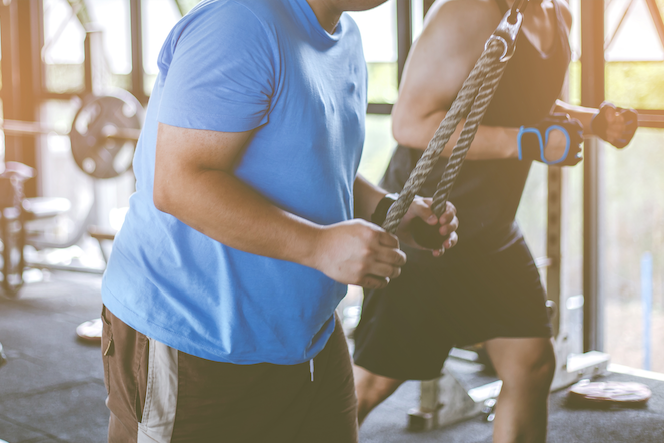 Well, what a let-down 2020 has been, for so many reason and for so many of us. We never saw that coming did we? There is so much to contend with at the moment; COVID-19 being the route of it all. It has had such a disruptive impact to our health and economy adding to the day to day problems we were already facing before the virus arrived. I am concerned that this has made one problem even harder to overcome for many people: weight gain.

Throughout lockdown it was reported that sales of confectionary went up by 44.5% and there was an increase in buying foods high in fat, sugar and salt. Hands up if you made banana bread and brownies for the first time in your life?

At the start of lockdown when we could only leave our four walls for one hour a day, there was an increase in the activity levels, for many people more than they had done in years. There were more humans than rabbits in my local farmers fields for a good while and cyclists whizzed around country lanes in clusters like a new breed of super insect. The sun was shining and we all enjoyed the freedom while we had it determined that this was going to be the ‘new us’ we would use this opportunity to lose weight and get fitter than ever before!

But...
Unfortunately, just as New Year’s resolutions have a habit of doing, once restrictions were lifted, we started returning to work, we soon slipped into old habits and exercise was put to the back of the list of importance once again.
Furloughed folk, of which I was one, for many months, the monotony of walking in the same areas or doing the same video workout took the shine off of your best intensions to keep active and so, you gave up.

Or…
Perhaps you never started in the first place? A survey showed that due to reduced options to be active such as the closure of gyms and swimming pools, that out of 5,800 adults aged 20 and above, a quarter of them became inactive.

Since coming back to work I have seen both angles; some people have returned to the gym and have lost so much weight since lock down that I barely recognised them, others have gained weight and are now desperate to get back to their exercise routines because they need the guidance of instructors to keep them motivated and working at an effective intensity to reach their goals. You may have been able to switch us on-line instructors off when you’d had enough but that’s not possible in the real world!

We know that being overweight or obese probably will mean that you develop associated health problems such as diabetes type 2, heart disease and some forms of cancer depending on your age in the next 5, 10, 20 years but, COVID-19 could seriously affect you today.

7.9% of critically ill patients in Intensive Care Units had a BMI of over 40 compared to 2.9% of the general population (WHO 2020). It’s not just the older age groups that are at risk either - Patients with COVID-19 under 60 with a BMI between 30-34 are twice as likely to be admitted into intensive care units than those with a BMI under 30.

Before lockdown two thirds (63%) of adults in England were overweight or obese, pretty sure that, going by the stats since the virus struck that figure will have risen now.

There is a 5-10 chance that the flu vaccine will fail for those who are a healthy weight, this is doubled for obese and overweight people; the same is predicted for the future COVID–19 vaccinations.

I know it’s not easy; there could be psychological battles to over-come, education of what food is right for you, what to avoid and old habits to change but if you can make one change today? Get up and move your body! You can walk, dance, swim, play a sport, cycle whatever makes you feel good, do it! If you hate the gym, don’t do it, try a studio session instead,
If you are too nervous to come to the gym, try our online workouts to ease you into being active in your own home and to show you that exercise can be fun!

There has never been a better reason to lose weight and get fitter than there is today.